Hacking as an Addiction

Hacking can be broken into several categories, including criminal hacking where the perpetrator is motivated by some tangible gain, usually monetary.  There are other forms of hacking which are driven by other factors such as political reasons.  Then there are those who hack simply for the thrill of breaking into a system and seeing what they can get away with.  This last category seems to be most prominent in younger individuals, who see hacking as both risky and exciting.

There has been research to indicate that this group is also most susceptible to the overall addiction of hacking.  Yar (2005) examined non-academic and non-criminological accounts of computer hacking, in other words, those cases that account for a large amount of breaches, but are not driven by profit or political gain and not typically carried out by convicted criminals.  It was noted that a disproportionate number of younger people were involved in these types of computer crime.  Yar went on to explain that some psychologists have attempted to explain hacking by viewing it as an extension of compulsive computer use over which the actor has limited control.  This is often related to the so-called ‘Internet Addiction Disorder’ viewed as an addiction akin to alcoholism and narcotic dependence.  Yar also noted that the individual’s history needs to be considered in order to gain a better understanding of the underlying addiction including background, family relationships, and other psychological issues.  Young (1999) highlights different methods of treatment from this disorder including the setting of goals to limit Internet use, complete abstinence, reminder cards (reminders of the problem), support groups, and family therapy.  Young goes on to provide a complete checklist to help addicts recover, which goes in depth with diagnoses of non-acceptable behavior and problem areas.

Nykodym, Ariss, & Kurtz (2008) show that there is a relationship between computer addiction and cyber crime.  They go on to warn that managers need to fight back against cyber crime by learning to recognize addictive behavior.  They also state that businesses in the future may be able to further thwart insider cyber crime by providing treatment programs for people suffering from computer addiction.  Policy makers should pursue efforts of looking towards treatment for these individuals, however this can be a difficult area as many criminal offenses could be categorized under ‘addiction’.  At the end of the day, if damage has been done and a criminal has been caught, they should serve the sentence of their crime.  In the case of juveniles, this will of course be different and in both cases treatment should be considered where appropriate. 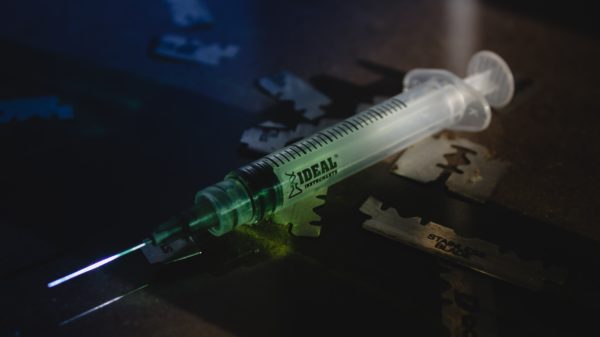