Twitter has become one of the largest web 2.0 applications on the web today, in comparison with Facebook, MySpace, and Digg. Along with this, Flickr has become a giant web app where users can share their photos. However, with the use of Flick.to.Twitt you are now able to post your Flickr photos right to your Twitter account! I have an interview with the site’s founder Marco Almeida, in which we discussed the site’s creation and also future goals for the site.

What is the point of flick.to.twitt?

Flick.to.twitt is a Flickr/Twitter mashup that uses the APIs of both services. It allows a user of both services to upload a photo to Flickr and announce it right away on Twitter. We use oauth on both services so that the user is not required to provide us with with any Flickr or Twitter authentication details.

How long has the site been up, and what’s the journey been like so far creating the site?

The site is up since April 27th 2009. The development process has been quite simple because of the fantastic and easy APIs that both Flickr and Twitter provide.

How many people use flick.to.twitt on average?

The website is very recent and we haven’t made any real campaign to promote it, so the visits are still low but are rising on a daily basis. According to Google Analytics we have an average of 1000 unique visits per day since the launch.

What was the design process like for creating a great look-and-feel for the site?

The design is quite simple really and was made by a non-designer (me). I guess I just wanted to keep it simple.

Does flick.to.twitt make a decent amount of money through AdSense? At least enough to cover hosting costs?

Flick.to.twitt is hosted on a webserver we already use for other web projects and for clients projects so we don’t really have a direct cost related to hosting. If we had to pay for it I guess AdSense revenues would pay it.

Where did you get the inspiration to create this neat little application?

It was a personal need really. I’m a Flickr (http://www.flickr.com/photos/wonderm00n) and Twitter (@Wonderm00n) user and I used to use Twitpic, which is a fantastic tool by the way, to post pictures to Twitter. It didn’t make sense to me to host the photos on a separate service as I have a Flickr account.

One day on the way home from a client, in the middle of the traffic, I was thinking about this a decided to try and code an application that would allow me to upload a photo to Flickr and announce it on Twitter. When I arrived home I opened up notepad and 1 hour later I had a working website for my personal use. I’ve gave the URL to a couple of friends that liked it a lot, so I decided to make some improvements and make it public.

If you had any advice for someone starting up their own web 2.0 application, what would it be?

Make something useful and simple!

Organize your Schedule Online with Plan.fm 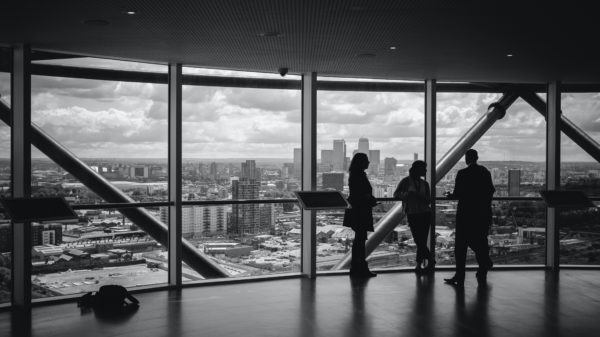 MySpace More Layoffs and Reflecting on What Went Wrong