Electronic financial transactions have become a common part of everyday life with enhancements in technology and a gradual acceptance and trust of these new ways of doing business.  As the world continues to grow smaller through communication and other technologies, demands have increased dramatically for methods of providing instant financial services.  This has become especially true for people traveling globally with a need to access their finances in different currencies.  Both credit and debit card transactions provide a convenient 24 hour per day access to funds on demand, while other technologies are available for wiring money and sending electronic funds.

One of the newest of these technologies that has received increased demand in the last 5 years is Internet Banking.  Built on the ideas that phone banking has in providing financial services to banking customers such as account information and transactions 24 hours per day, Internet Banking has grown to provide many enhanced services that were never before possible.  Such services can often include Bill-Pay, which allows banking customers to pay their bills online from one easy and convenient location, stocks and shares management tools, financial tools and statement integration into banking applications such as Quicken and Microsoft Money.  Until recently, Internet Banking has only been an option for larger financial institutions as the cost of maintaining such a system has far outweighed the benefits for smaller community banks.  However over the last few years, banking service providers such as Jack Henry, CSI, Metavante and Certigy here in West Virginia have tailored custom driven Internet Banking applications available to and specifically targeted to smaller banks.

There are many advantages to Internet Banking including the most common, reduced overall cost of doing business once an effective infrastructure is in place.  Although cost of implementation may outweigh possible savings at the early stages, research has proven that because of the reduced cost of electronic transactions, the cost of business will go down in the long run.  Other opportunities arise from Internet Banking including increased customer retention through cross-selling other products and services all from one location as well as strengthening the overall relationship between the bank and its customers.  There are however risks that come with this technology including overall security, data integrity, identity verification and authorization.  Issues of compliance, legal aspects, and computer crime need to be considered.  Most financial sensitive data on the Internet is protected by encryption transmissions through Secure Sockets Layer (SSL) and Firewalls that only accept authorized entries into the system.  Although Internet Banking provides a great deal of services that can be accessed at anytime, it is a service that cannot substitute for the physical location of the bank.  Many ‘Internet Only’ Banks have emerged over the years and failed due to discovering that the traditional ‘bricks and mortar’ branches were required in many services and dealings with their customers.

Many non-FDIC insured companies have began to appear over the Internet offering online financial services including the well known PayPal.  Although at the current time they are not restricted as much with regulations as traditional banks, they do pose an element of risk to the customer in that they are not bound by the same compliance laws.  Because of this they may be able to offer better rates on transactions through the Internet; however it will be interesting to see if new legislation will be enforced upon this kind of company in the future.

As the Internet becomes more of a part of many lives both in work and at home, Internet banking will continue to become more popular with consumers.  Most of the younger generation are accustomed to technology in general and are involved in electronic transactions on a daily basis.  Many prefer to use electronic payments simply because it is more convenient and for the most part instant.  Although the older generations generally take longer to adapt, overall the demand for this technology will continue to rise.  At the current time it is still not a feasible option for many smaller banks due to cost verses demand in their area even when outsourcing to service providers.  It is predicted this will change in the future if demand for electronic services continues at its increasing rate while the overall costs drop.  Perhaps market forces may eventually lead smaller banks into taking a defensive strategy in remaining competitive if demand reaches a high enough level in their location.

Advantages of having one large government over individual governments 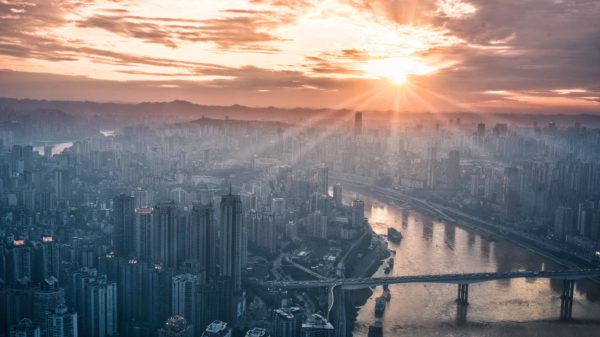 Why Do We Need Financial Regulation?